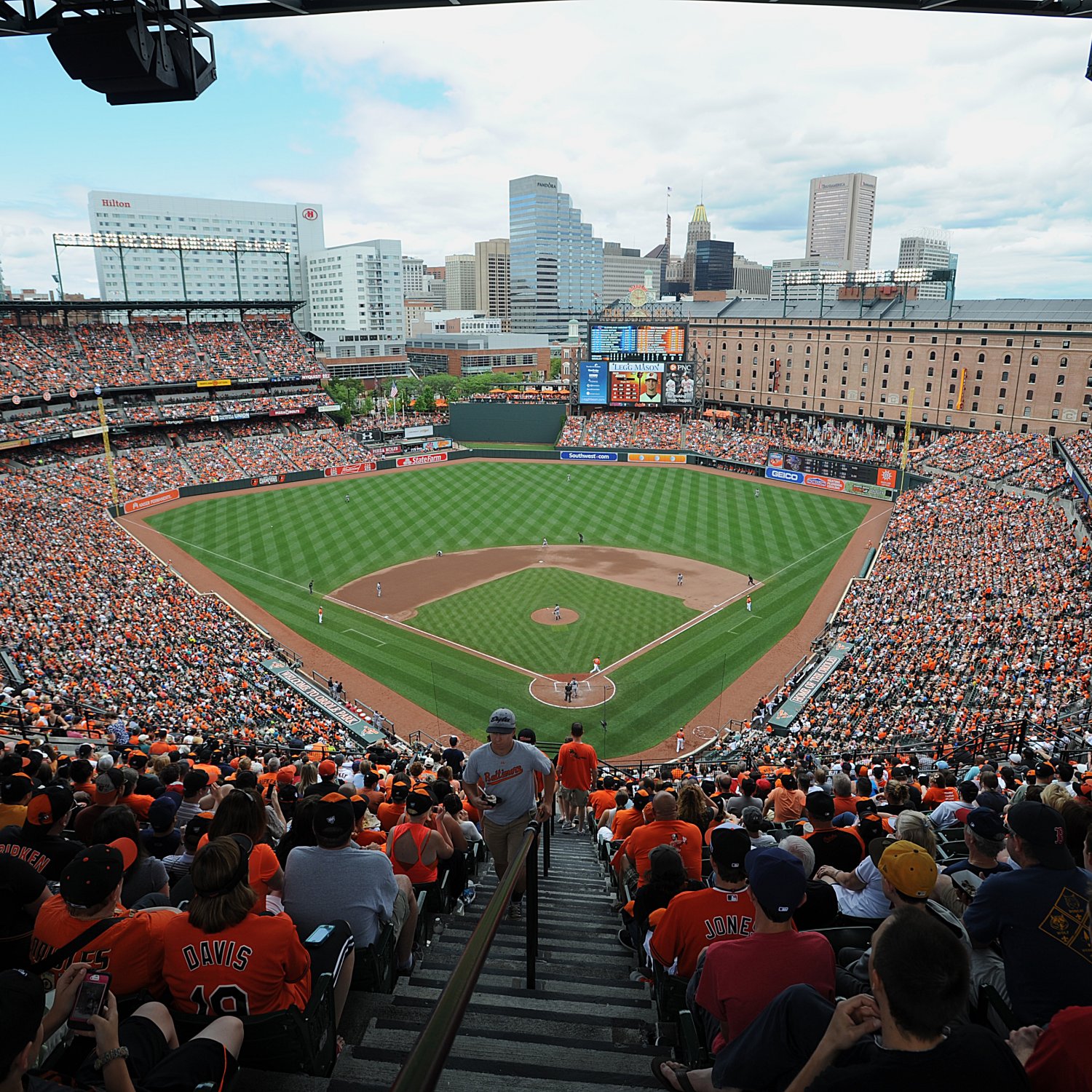 Orioles’ Ramon Ramirez Dies at 23 in Motorcycle Accident The Baltimore Orioles announced Sunday that minor league infielder Ramon Ramirez died in a motorcycle accident Saturday night in the Dominican Republic. “As a member of the Orioles organization, Ramon worked tirelessly to make the most of his opportunity to play professional baseball,” said Dan Duquette, the team’s executive vice president of baseball operations. “Our thoughts are with his family, friends, teammates and coaches as we mourn this unimaginable loss.”   Ramirez joined the organization as an undrafted free agent in 2014. He played 32 games that year in the Dominican Summer League, and in 2015, he spent time with Baltimore’s Rookie League, short-season A and High-A affiliates. In 55 career minor league games, Ramirez batted .238 with 18 runs batted in and 11 stolen bases. 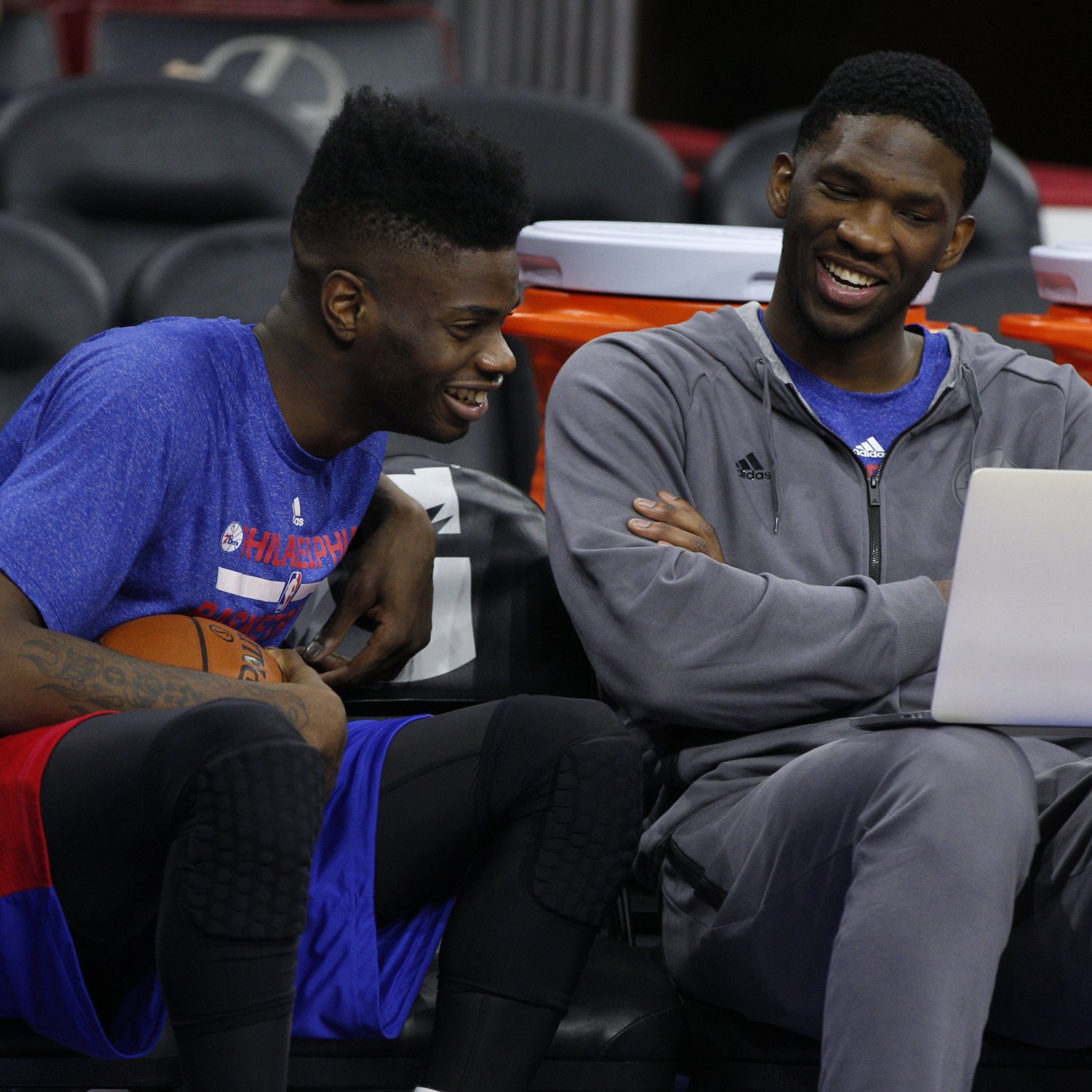 Joel Embiid Trash-Talks Former Kentucky Players After His Jayhawks Beat Wildcats There is absolutely zero doubt Philadelphia 76ers center Joel Embiid is one of the best Twitter follows in the NBA—because he’s not afraid to have a little fun.  On Saturday night, Embiid’s former team, the Kansas Jayhawks, hosted the Kentucky Wildcats as part of the Big 12/SEC Challenge. Although the Wildcats gave the Jayhawks a tough test, foul trouble and an inability to contain Kansas star Wayne Selden Jr. cost them. The Jayhawks pulled out a 90-84 overtime victory, much to the delight of Embiid. That result led the injured 76er to put his Twitter fingers to work: No chill. Of course, some fans will point out if what Embiid tweeted is true, then that doesn’t say much about Kansas because the Jayhawks needed overtime to beat Kentucky at home. 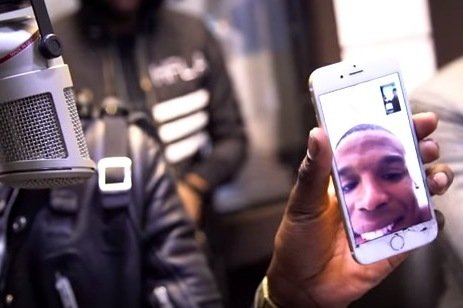 Cam Newton FaceTimes into Young Thug’s Live Radio Interview in Charlotte Warning: Video may contain NSFW language.Not everyone is able to get away with crashing a live interview, but these days, Carolina Panthers quarterback Cam Newton has all the leeway in the world.On Thursday, rapper Young Thug and hip-hop mogul Lyor Cohen sat down for an interview with Charlotte’s 92.7 The Block. About midway through the appearance, an unexpected guest “showed up.”It was Newton. On FaceTime.The likely 2015 NFL Most Valuable Player dropped in to see what his buddy was up to. After the Carolina star said goodbye, Cohen was in a state of disbelief and wanted to make sure it had been Newton on the phone.Of course, he needed to see Newton’s signature Dab for verification:Newton and Young Thug may not have been able to 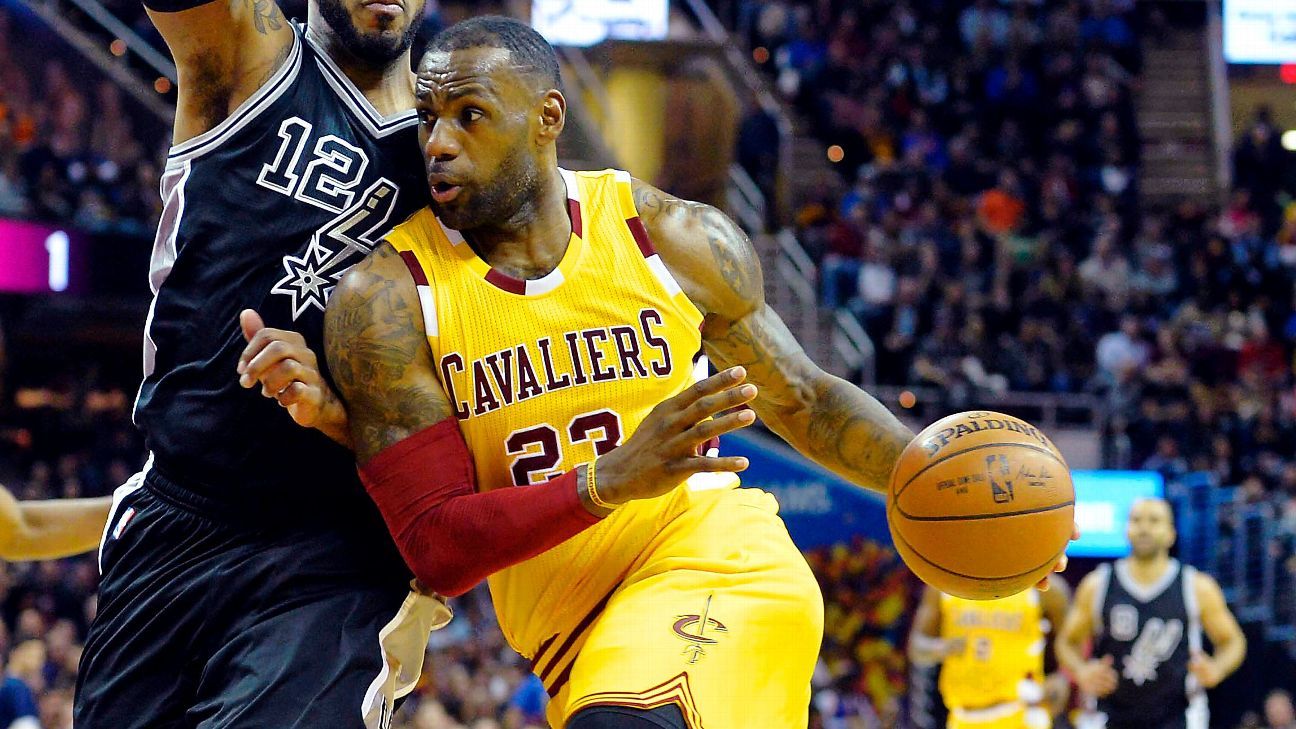 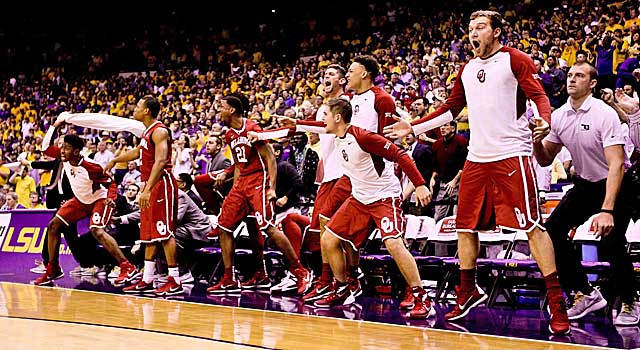 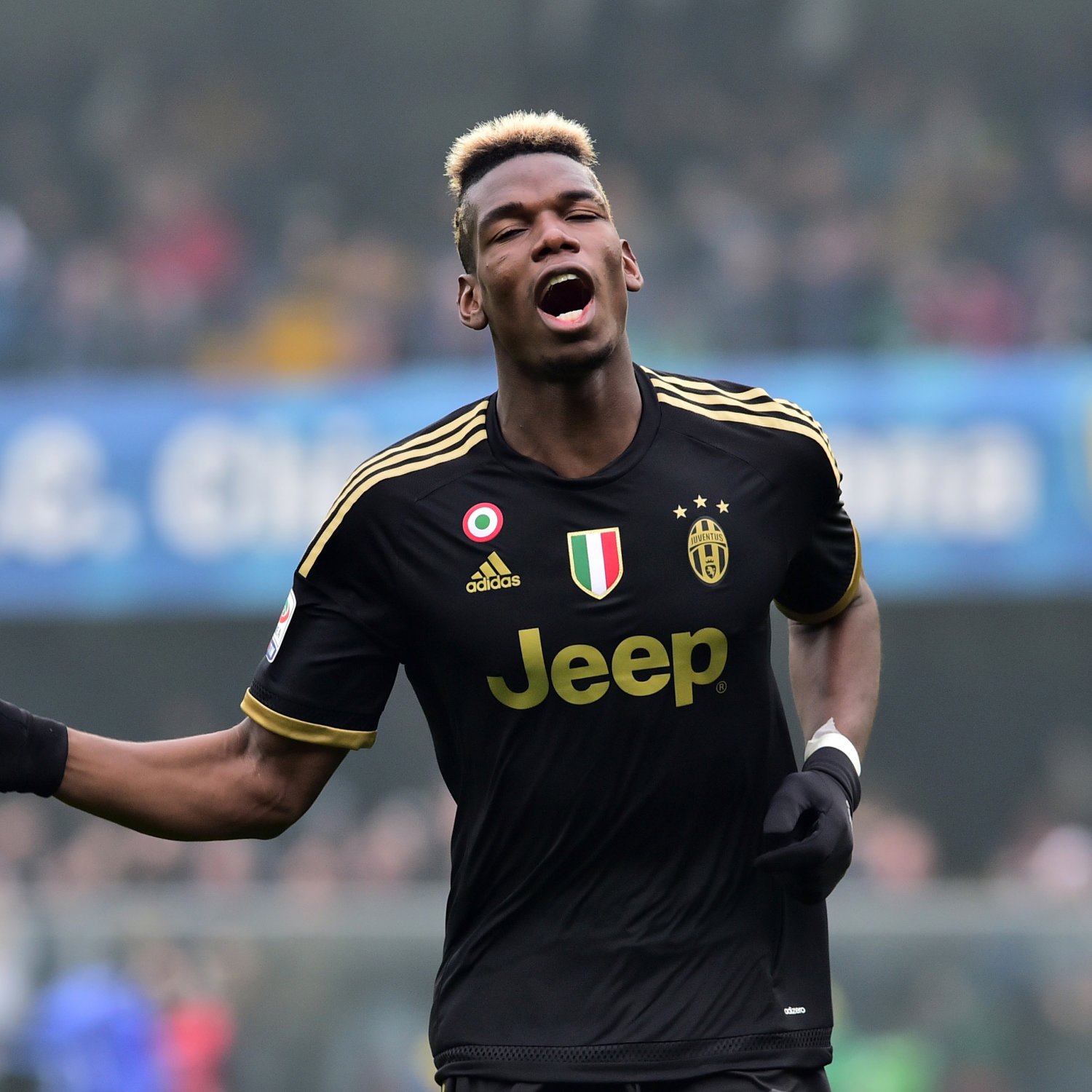 Chievo vs. Juventus: Goals and Highlights from 2016 Serie a Game In-form Juventus were looking for a 12th consecutive Serie A win when they travelled to face Chievo on Sunday. With Mario Mandzukic injured, responsibility fell to Alvaro Morata to lead the line, and the Spanish forward duly delivered, putting Juve ahead after just six minutes. Morata gives Juve the lead in his 49th Serie A game. #ChievoJuvehttps://t.co/MVg1oKcL13 — Juve Stats (@juvestats1897) January 31, 2016 Shortly before half-time, Morata had a second, once again finishing from close range after some fine build-up play. Talk about seize the opportunity. Novak Djokovic vs. Andy Murray: Australian Open 2016 Men’s Final Score, Reaction Novak Djokovic defeated Andy Murray 6-1, 7-5, 7-6 (3) on Sunday to clinch his sixth Australian Open crown and tie the record number of titles claimed by Roy Emerson between 1961 and 1967. This triumph also marked the fourth time Djokovic has defeated Murray in the Melbourne final; he previously overcame the Scot in 2011, 2013 and 2015. Eurosport illustrated Djokovic’s monstrous Grand Slam achievements: Sunday’s win was the third time in succession the Serbian has beaten Murray in straight sets; he routed his adversary at both the Shanghai Masters and Paris Masters last year. Murray was visibly upset with his latest loss to Djokovic, but he made sure to send a message to his pregnant wife Kim in his post-match comments, per BBC Sport: I feel like I’ve been 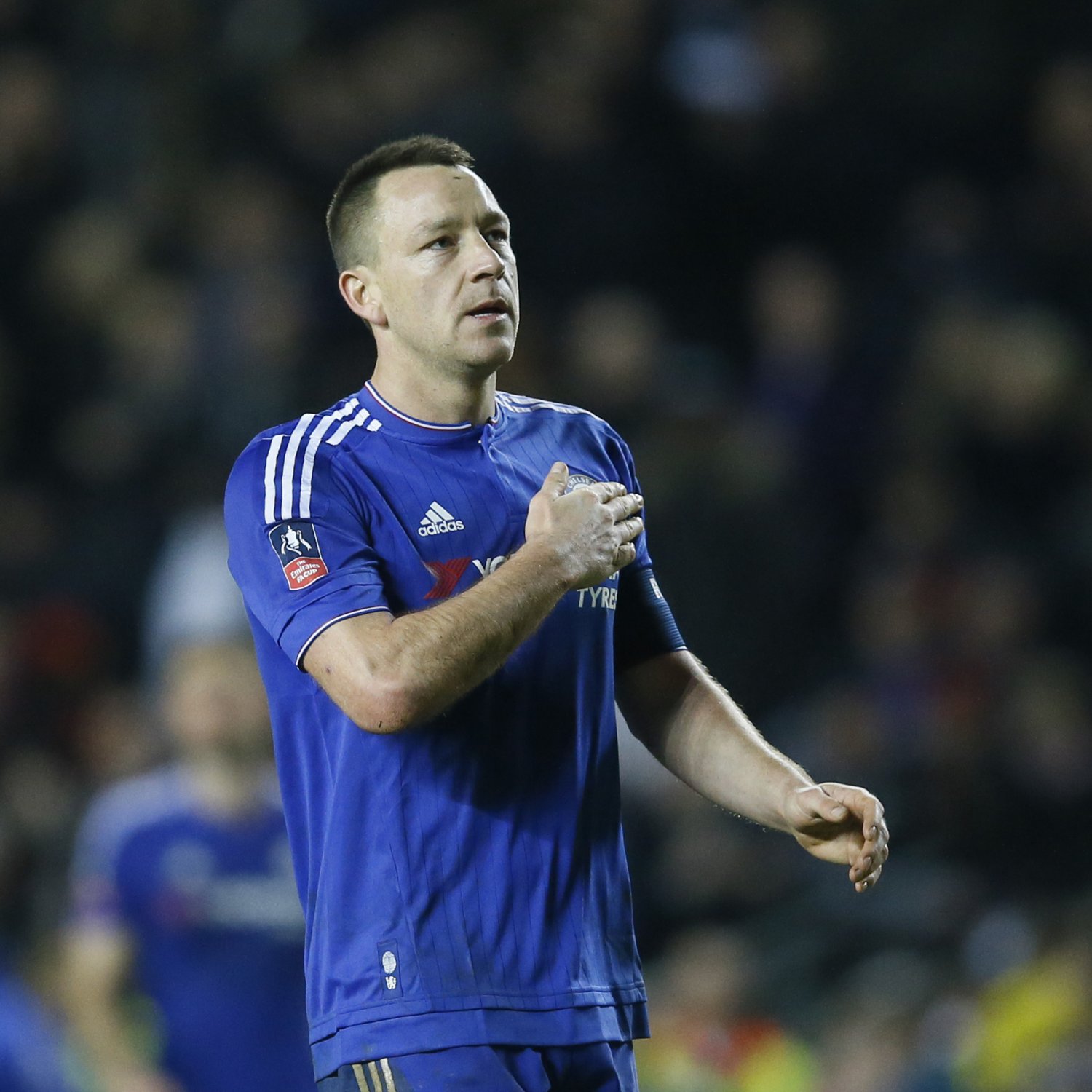 John Terry to Leave Chelsea: Latest Comments and Reaction Chelsea defender John Terry will reportedly not renew his contract with the Blues and is set to leave the club at the end of the 2015-16 campaign. That’s according to ESPN FC’s Liam Twomey, who claims the decision not to renew was made by the club: Per Jeremy Wilson of the Daily Telegraph, the former England international confirmed the news after the 5-1 FA Cup win over MK Dons and added he has no plans to move to another Premier League club: Per Wilson, he hinted at a return to Stamford Bridge, but not before he continues his playing career with another team: As shared by MailOnline Sport, Terry did not sound happy about the decision from the club: BBC Sport’s Phil McNulty wasn’t surprised Terry ruled out playing for another

The 1966 Pro Bowl Halftime Show Featured A Goose-Stepping Swastika Being Eaten By A Church If you’re unversed on decades-old Pro Bowls, you’d be forgiven for thinking Fall Out Boy’s 2014 performance was the most offensive halftime show in the history of the NFL’s all-star game. But no! The 1967 Pro Bowl “The Taming Of The West” halftime show featured a tribute to Indian massacres, as noted by Bryan Curtis. No video appears to exist of that, but the previous year’s performance is almost as shocking by 2016 standards.Read more